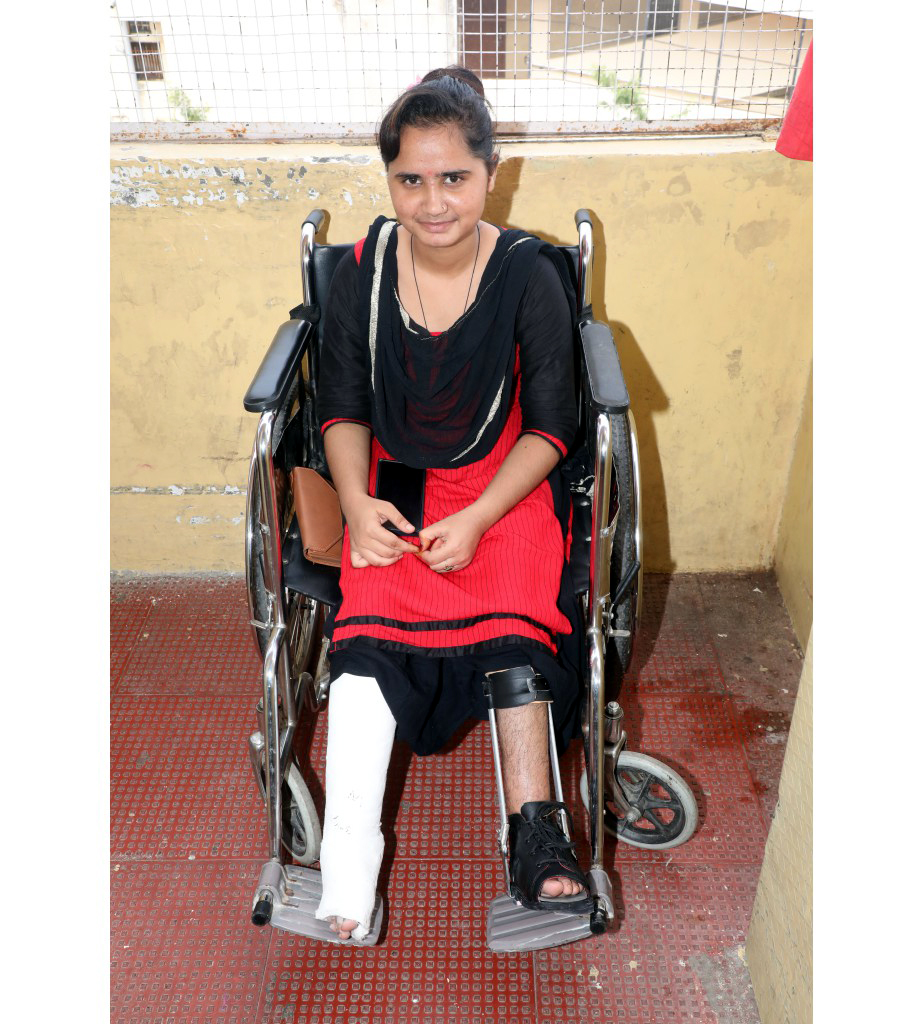 The crookedness of Nazra's feet is gone!

Nazra, a resident of Lambakheda village in Rampur district of Uttar Pradesh, was a victim of polio since birth. It was very difficult to walk due to crookedness and twisting in both the toes. Seeing her condition, the parents were very worried about the future, what would happen to her? Her parents got her a lot of treatment from nearby hospitals and Ayurvedic methods but to no avail. Father SakirHussain is doing furniture work and mother Bhanu Begum is taking care of seven family members including two brothers and three sisters by doing household chores. Nazra turned twenty years old with the sorrow of congenital disability, but no treatment was possible from anywhere. Parents got tired of wandering here and there in search of treatment, then one day Najra went to her aunt’s place, then a family living nearby told that a girl from my family also had a similar condition, both of whom Legs were bent.They took her to NarayanSevaSansthan in Udaipur, Rajasthan for treatment and there she recovered completely. Told that similar diseases are treated and free polio operation is done.

Then, as soon as the parents got the information, without wasting any time, they took information about the institute and reached the institute on September 2021with Nazra. After coming here, the doctor told the date of the operation after three months. After coming back on 1 January 2022, successful operation of left leg was done. After about a month, the plaster opened. Mother Bhanu Begum tells that now Najra’s legs have become quite straight, she was very happy to see that. On 23 July special calipers were prepared and installed and on 31 July, the second leg was also successfully operated. Now it is expected that just like the left leg, the right leg will also recover completely. The parents said that the Sansthan family cured our daughter by giving her free treatment and many thanks to the family who gave us information about the institute. We are grateful.