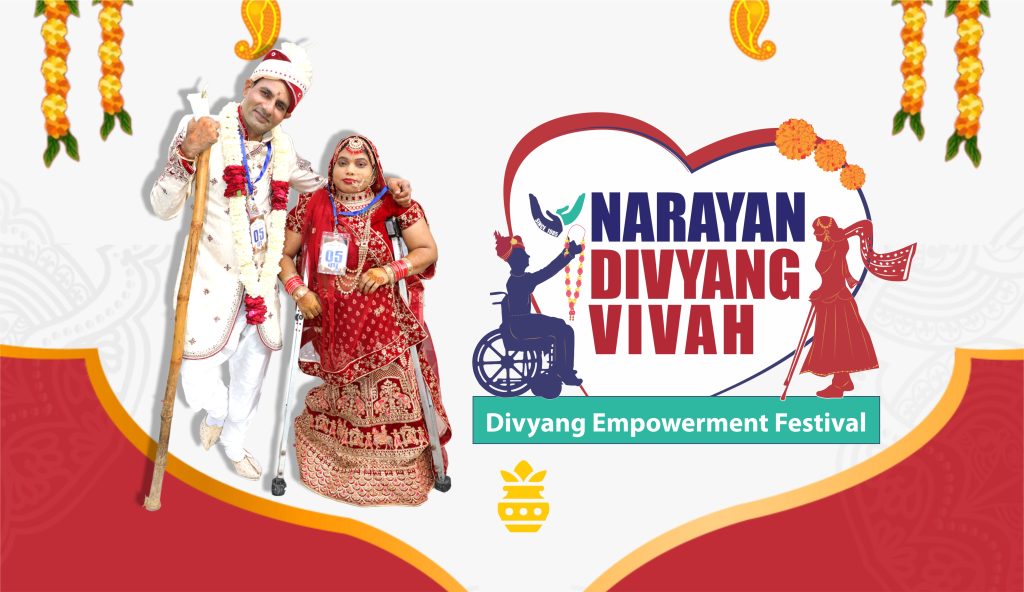 EMPOWERING THE LIVES OF THE DIFFERENTLY ABLED

Our objective behind organising mass weddings is social inclusion, an accessible atmosphere, and accountability of every diﬀerently abled person and to help many couples lead a normal life and become a part of mainstream society.

2201
Couples Have
Been Married

In 2008, forty-seven diﬀerently abled and underprivileged couples tied the knot at a mass wedding ceremony in Udaipur and took a pledge against the dowry system. Narayan Seva Sansthan, a non-proﬁt organisation (NGO), organised the ceremony for persons whom we had helped through corrective surgeries. Thirty of the married couples underwent skill development trainings through Narayan Seva Sansthan’s vocational training programs. The institution also recruited several couples for job profiles that ﬁt their capacities, helping them become ﬁnancially independent. Arvind and Sonam from Barabanki took a pledge not to take dowry and generate public opinion against social evil. Ramu Kumari and Ganpat from Pratapgarh, both of whom suﬀered from polio and had lost their fathers, were hopeful that their marriage would initiate a new phase of their lives.