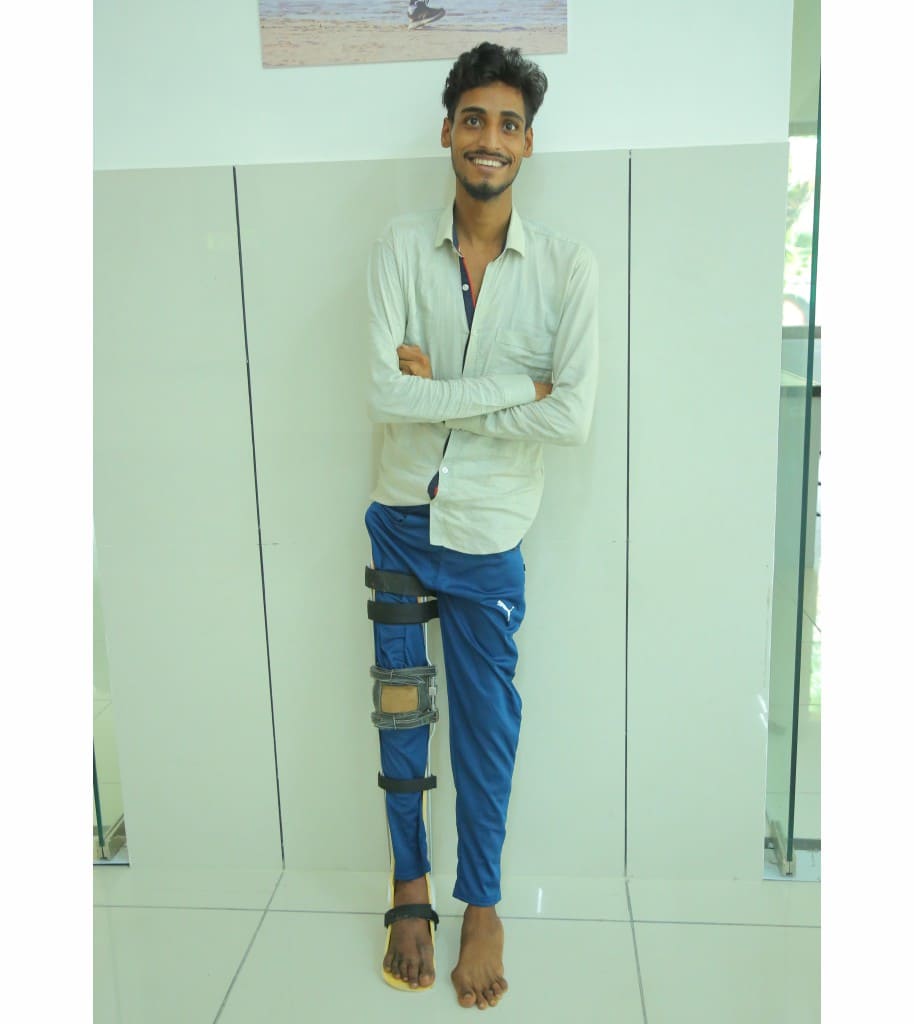 Satnam got freedom from disability...

Satnam, a resident of Sirsa in Haryana, had weak legs since birth and his right leg was bent at the knees and toes. Seeing such condition of the son’s feet, the whole family including father Sitaram and mother Sita Devi got worried. Many thoughts were coming in my mind. There was happiness in the family with the birth of a son, but in a moment it turned into sorrow. The doctors told that don’t be sad; we will try our best to fix the leg. But when this did not happen, the parents’ concern increased even more. After a few months, he was also shown to nearby hospitals but did not get a satisfactory answer. In big private hospitals, the cost of treatment was high and there was no guarantee that the child would be able to walk after the operation. The father is running the house of five family members by driving an auto and the mother is working as a housewife.

Satnam turned twenty-one years old with the grief of congenital disability but could not get rid of the disability. Some time ago Satnam saw a ray of hope after seeing a friend of the village walking. Then Satnam got information from him that he got free treatment for both his legs at Narayan Seva Sansthan Udaipur Rajasthan and got cured. Then he came here on 15 June 2022 with complete information about the institute. On coming here, he was admitted after being examined by a doctor and on June 23, after a successful operation of the right leg, a plaster bandage was tied. After about a month, when the plaster was opened again on 30th July, the leg was already quite fine. The calipers were ready and worn on 1 August. Now Satnam is healthy and walking comfortably. Parents and brothers are very happy with Satnam’s recovery and are very grateful to the institution and that friend.