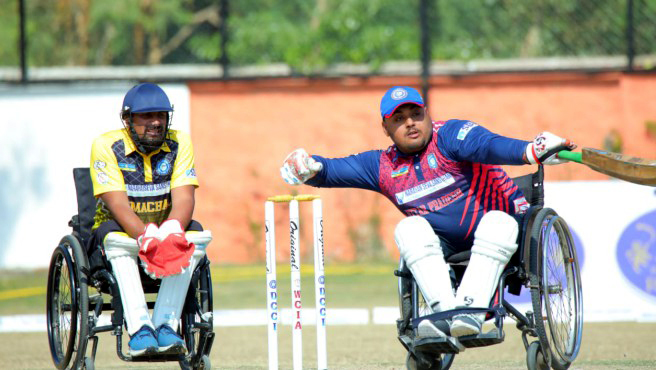 Indian Premier League (IPL) franchise and Royals Sports Group-owned Rajasthan Royals, along with the Differently Abled Cricket Council of India (DCCI) and the Wheelchair Cricket India Association (WCIA), in association with the Narayan Seva Sansthan of Udaipur, jointly inaugurated the 3rd National Wheelchair Cricket Championship on November 27, 2022. The opening ceremony was held at the R.C.A. ground in Udaipur, where the ritual of holy Deep Prajwalan was performed by the chief guests.

A message from Union Home Minister Amit Shah and Rajasthan Chief Minister Ashok Gehlot was broadcast to encourage the organizing committee’s efforts and cherish the players’ passion. Tarachand Meena, the district collector, met with the captains and players of all 16 teams competing in the championship. The chief guests hoisted the national flag on the ground and saluted the marching teams. The players pledged to abide by the rules and regulations laid down during the tournament and perform with true sportsmanship for the pride of the country.

What is the poverty line in India?

Poverty is one of the major problems that the world is facing today. There are billions of people in the world today that struggle to even meet their basic needs.